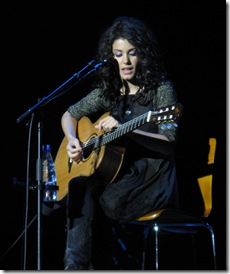 I’m celebrating Katie Melua’s birthday (16 September) with a few posts reflecting on some of her songs.

My favourite Katie Melua song is on her Piece by Piece album.  It’s one she wrote herself called “Spider’s web”. In it she touches on a number of issues that create tension and conflict as we take up our entrenched positions. She writes about racism, bullies, and war and peace, but always she asks, “How do I know which is right”? Because, as she reminds us in the chorus,

Christians tend to struggle with this idea. Aren’t things supposed to be clear-cut, right or wrong? Aren’t we supposed to be decisive? We are uncomfortable with the lukewarm, “whatever” culture in which we find ourselves. We reject Katie’s uncertainty and want to make a stand on the issues that confront us. No compromise! We so easily retreat into that guaranteed conversation-stopper, “The Bible says….”

But such conviction is not as straight forward as we like to pretend. Sometimes the line between right and wrong is, as Katie sings, very, very fine. Most of the time when we say, “The Bible says…” we actually mean, “This one verse in the Bible says…” or “This is what I think the Bible says on this subject.” In fact the Gospel, and the entire history of God’s dealing with his people, is not about being right but about being in relationship. It’s not about law but about love.