Worship: Getting the heart right 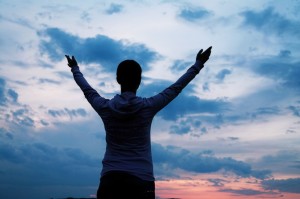 In his book, Passion for Your Name ( 2003), Tim Hughes tells of being blown away by the deep and heartfelt worship of Christians at the Prince of Peace Church, Inanda, Durban.  They had no music, no amps or speakers, no drums; just voices.  In spite of their surroundings, in spite of the reality of poverty, of AIDS, of pain and suffering (none of which they ignored) “they understood completely that Jesus was enough.”  Whatever life threw at them, it couldn’t rob them of the glorious riches of knowing God and being known by him.  They would always have reason to praise.  Hughes says, “That Sunday I learned an invaluable lesson about worship.  Worship is not about songs or music.  Worship is all about Jesus.”

My favourite parables are the two very short ones in Matthew 13:44-46, the Treasure hidden in the field and the Pearl of great price.

In the story of the treasure hidden in the field the man was going about his daily life.  He wasn’t searching for anything; he wasn’t looking for the meaning of life; he wasn’t looking for God.  He was just digging in a field when he found a treasure.  And when he found it, he sold everything he had and bought the field.  Now whether it was morally or legally right is not important.  Jesus isn’t saying that this is a good thing to do.  He’s simply saying that the man knew that the treasure he had found was worth more that everything he owned.  It was beyond his wildest dreams.  Getting rid of everything in his life wasn’t a sacrifice; it was the most logical act.

But the man who found the incredibly valuable pearl was very different.  He was looking.  Nothing meant anything in his life apart from pearls.  He had lots of them; he’d seen them all: very nice pearls; OK but not so great pearls; beautiful pearls, stunning pearls, to-die-for pearls.  But he believed—he just knew—that somewhere, there was a pearl that surpassed all pearls; a pearl that was indescribable, its value beyond price.  Just to see it would be treasure enough—he couldn’t hope to own it.  So he devoted his life to searching for this pearl.  And when he found it?  It was exactly as he knew it would be: indescribable; beyond his wildest dreams.  But the person who owned this invaluable pearl put a price on it; this jewel that was beyond price.  And the price?  Well it was as much as our friend owned in the world.  But that didn’t worry him.  This pearl was worth far more than that.  Far more than he could hope to earn in a hundred lifetimes; and here it was, going for a song!  What should he do?  Don’t be silly!  He bought it of course!Worship isn’t about forcing ourselves to sing happy songs; it isn’t about singing loudly enough or doing the right things.  It’s about discovering God as he is, the God who loves us.

For some that discovery comes out the blue, like the man digging in the field.  They have no notion of God, no idea of anything outside of their own lives and resources.  Suddenly God breaks in like stumbling on a treasure hidden in a field.

Others are searching for something beyond themselves; wanting something more than life is offering.  They are certain that somewhere, somehow, there must be a way to connect with God, whoever he might be, to find the pearl hidden in the universe.  And suddenly God is there, like a pearl of great price, and you know that he has been there all along, waiting for you; you just didn’t see it.

We were in Kruger Park in January 2009 with my son and his wife.  We had seen a couple a mangy lions in the dark during a night drive the evening before, but we felt there must be something better than that.  So when the next day someone said there were two lions on the next corner we drove straight there.  And there were couple of lions lying fast asleep on the grass at the intersection.  Cars had converged on the spot and we all took pictures but, really, it wasn’t much.  We got our fill and moved on.  We seemed to startle a giraffe that came out of the bush and cantered down the road.  We followed him but realised that we were just frightening him so we turned back.  As we got to the spot where the giraffe had come out of the bush, a male and female lion sauntered onto the road and sat down next to our car.  It was incredible, indescribable—beyond our wildest dreams. There was something in Jesus that drew huge crowds.  Nothing to do with his physical appearance, it would seem, but a beauty in him that captivated anyone who came in contact with him, and still captivates us today.  And when you discover the glorious riches of knowing God and being known by him (whether you stumble on it unexpectedly or have been searching for it) then worship is no longer a chore, but a joy and a most natural delight.

You opened my eyes to your wonders anew
You captured my heart with this love
Because nothing on earth is as beautiful as you.

2 responses to “Worship: Getting the heart right”